Aim: To compare group versus individual dietary education in terms of insulin therapy requirements and pregnancy outcomes in women with GDM.

Methods: All English speaking women who received one initial individual appointment with a dietitian (1-2-2011 to 31-1-2012) (Individual) were compared to women who received initial education in a group setting (1-2-2012 to 31-12013) (Group), all followed by at least one individual dietitian appointment usually within two weeks. The same dietary information was provided in both settings. Data collected were: attendance rates, insulin requirement, maternal weight gain, rates of SGA, LGA, mode of delivery, and rates of delivery complications. Data were compared by t-test or Chi-squared test. Fisher-Freeman-Halton exact test was used to detect differences in ethnicity. Statistical significance was p<0.05. 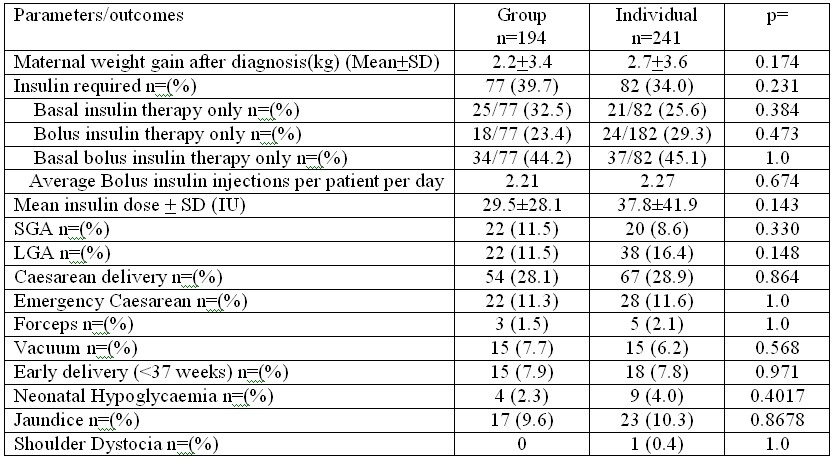 Conclusion: Apart from lower initial attendance which is of concern, group education was not inferior to individual education when followed by an individual appointment, and is therefore a useful alternative where dietetic services are limited.