Background
The multi-cultural society of Australia provides an ideal setting to examine differences in the characteristics of Type 2 diabetes in 7 ethnic groups.
Methods
Clinical data and mortality rates were compared between Anglo-Celtic (3608), Australian Aborigines (345), Pacific Islander (227), Mediterranean (2217), Arabic (493), Indian (485) and Chinese (1109) patients who have attended the RPA Diabetes Centre. Excluded were post transplant, gestational diabetes or in-patients who died < 8 months from their first visit. Mortality was ascertained by data-linkage with the Australian National Death Index. Retinopathy was determined by ophthalmoscopy or photography. Albuminuria was defined as ACR >2.5 (male) or 3.5 (female) mg/mmol or >30mg/l. Logistic regression was used to determine independent risk factors for death 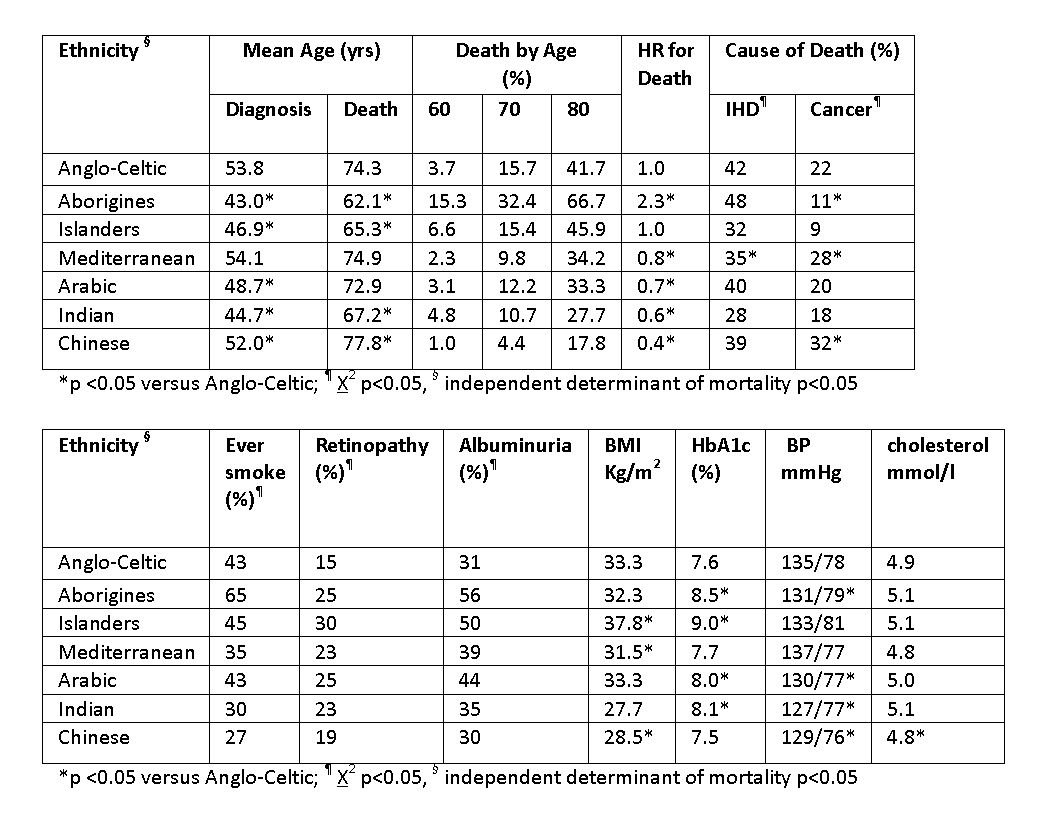 Conclusions
Ethnicity is an independent determinant of survival rates in our patients with Type 2 diabetes. The high mortality of the Australian Aborigines has been previously documented but the relatively poor survival of the Anglo-Celtic group is less expected. Overall, in this series, smoking history, albuminuria and blood pressure are determinants of survival but smoking history explains best the differences between ethnic groups. Further studies are required to separate the effects of socio-economic from genetic factors.