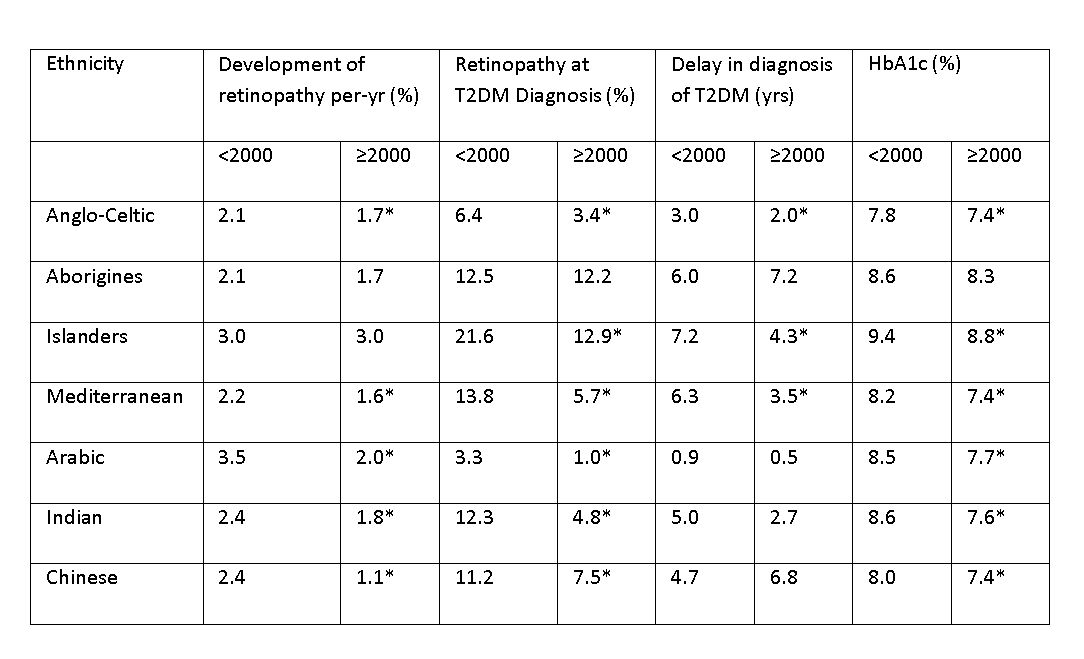 Conclusions
Every ethnic group studied showed a statistically significant decline in the rate of developing diabetic retinopathy, except for the Aboriginal and Pacific Islanders groups. As glycaemic control is the major determinant of diabetic retinopathy at any diabetes duration, any improvement observed is likely to be due to better glycaemic control. This is supported by our observation of less HbA1c improvement and higher final HbA1c in the Aborigines and Islander patients. The Aboriginal group also showed no reduction in the delay of diabetes diagnosis. It is likely that lifestyle and socio-economic changes required to achieve better glycaemic control and timely medical consultations are more difficult to achieve in these groups.