Sodium-derived muscle insulin resistance is caused by a loss of microvascular insulin sensitivity that can be restored with ACE inhibition. (#290)

Approximately 70% of Australians exceed the NHMRC recommended daily intake for sodium1. Typically, hypertension is recognised as a major outcome of a high sodium (HS) diet, however, there is mounting evidence that HS diets also lead to insulin resistance, even in the absence of hypertension.  We have shown that insulin possesses vascular actions that enhance microvascular blood flow in skeletal muscle, resulting in increased glucose uptake. The aim of the current study was to determine whether HS-induced insulin resistance develops due to a loss of microvascular insulin sensitivity.

*Soon to be published. 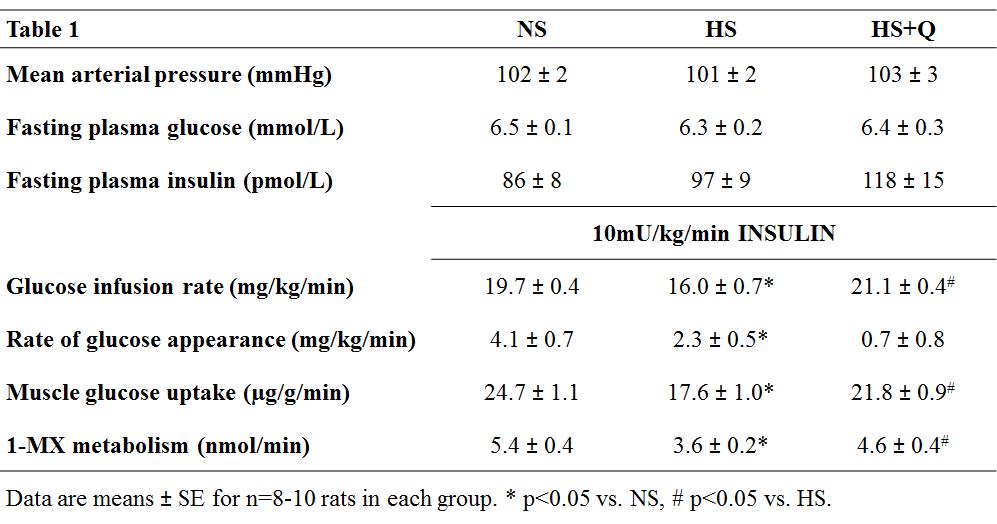